Salamanders in Your Pocket

Finding a salamander in the woodlands rates as one of the most enjoyable surprises of an early morning hike. Active mainly at night, these secretive, shiny, lizardlike amphibians often glow like jewels when found under the logs or rocks that many prefer. This colorful addition to Iowa’s popular series of laminated guides—the twenty-fifth in the series—will inform both amateur and professional naturalists about twenty-five species of salamanders found in the Upper Midwest states of Minnesota, Wisconsin, Illinois, Indiana, Michigan, Ohio, South Dakota, North Dakota, Kansas, Nebraska, Iowa, and Missouri.

Common mudpuppies and lesser sirens spend their entire lives in water, never losing the gills that they developed as larvae; the lungless four-toed salamander distracts predators by detaching its tail; the eastern newt discourages predators by secreting poisonous chemicals from its skin; the flat-bodied hellbender, which can reach twenty-nine inches in length, breathes by absorbing oxygen through the folds of its skin. These, plus the well-named slimy, zigzag, tiger, and other salamanders in this guide, are now threatened by loss of habitat, pollution, and a deadly fungus.

Terry VanDeWalle provides a complete description of each species as well as distinguishing characteristics for twenty-one subspecies, from the striking orange and yellow spots of the spotted salamander to the lichenlike patches of the green salamander to the prominent rounded head of the mole salamander. He also includes information about the salamanders’ range and habitat preferences, from twilight zones of limestone caves and crevices to seepages and spring-fed bogs. His comparisons of similar species and his comprehensive key are most helpful for identifying individuals in the field. Superb photographs by Suzanne Collins make this new guide the perfect companion for outdoor expeditions in all kinds of moist environments. 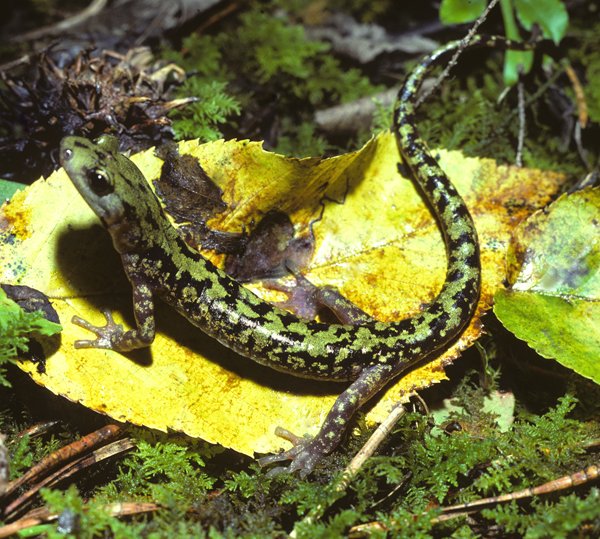 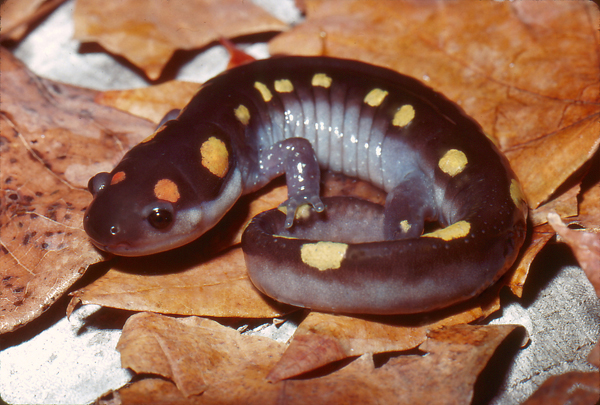 Snakes and Lizards in Your Pocket

Frogs and Toads in Your Pocket

Turtles in Your Pocket