In this stimulating and innovative synthesis of New York’s artistic and literary worlds, Lytle Shaw uses the social and philosophical problems involved in “reading” a coterie to propose a new language for understanding the poet, art critic, and Museum of Modern Art curator Frank O’Hara (1926-1966).

O’Hara’s poems are famously filled with proper names—from those of his immediate friends and colleagues in the New York writing and art worlds (John Ashbery, Kenneth Koch, Grace Hartigan, Willem de Kooning, and many musicians, dancers, and filmmakers) to a broad range of popular cultural and literary heroes (Apollinaire to Jackie O). But rather than understand O’Hara’s most commonly referenced names as a fixed and insular audience, Shaw argues that he uses the ambiguities of reference associated with the names to invent a fluid and shifting kinship structure—one that opened up radical possibilities for a gay writer operating outside the structure of the family.

As Shaw demonstrates, this commitment to an experimental model of association also guides O’Hara’s art writing. Like his poetry, O’Hara’s art writing too has been condemned as insular, coterie writing. In fact, though, he was alone among 1950s critics in his willingness to consider abstract expressionism not only within the dominant languages of existentialism and formalism but also within the cold war political and popular cultural frameworks that anticipate many of the concerns of contemporary art historians. Situating O’Hara within a range of debates about art’s possible relations to its audience, Shaw demonstrates that his interest in coterie is less a symptomatic offshoot of his biography than a radical literary and artistic invention.

“Frank O’Hara: The Poetics of Coterie is an outstanding study of a remarkable, underrated poet and critic. Combining incisive reading of specific poems and critical pieces with astute insistence on more general theoretical issues involving historical context and rhetorical positioning, Shaw calls into question not only previous—often trivializing—evaluations of O’Hara and his work but also revises crucial mid-twentieth-century literary and artistic concepts like that of ‘coterie’ itself.”—Linda Nochlin, Wallace Professor of Modern Art, New York University Institute of Fine Arts 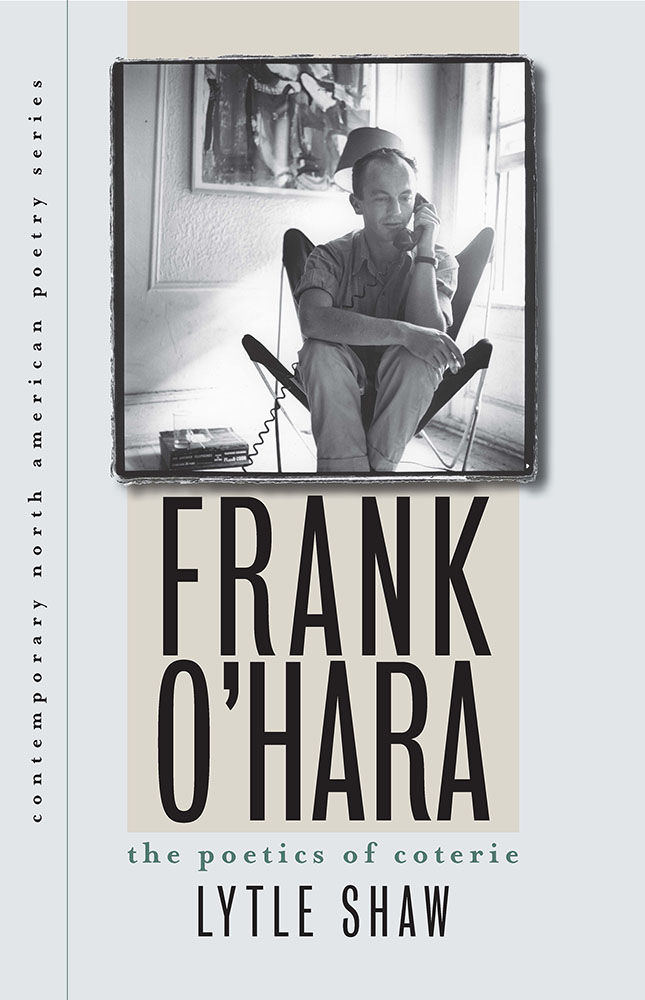 H.D. and Poets After