Tales of an Old Horsetrader

Leroy Daniels was born in 1882 near Adair, Iowa. When he was ten, his father gave him a pony and a checkbook and sent him out to buy cattle. By the time he was sixteen, he was alone on a ranch in Montana with a herd of seventy wild horses to break. At twenty-one, he was trading horses in the Chicago stockyards, where he told Henry Ford that a horse was better than a car any day. At one hundred, he retired to tell his memoirs.

The years in between are well worth reading about. Lee Daniels followed a plow all day long, worked coal to make ends meet, raised and traded and sold all manner of four-legged stock. But horses were always part of his life. Daniels traded them in Chicago for decades, sold them to Italy, England, France, and Belgium during World War I, inspected them for the army once the U.S. joined the Allies, bought them for eighty dollars in the morning and sold them for thousands by noon. He handled show horses, work horses, and trick horses, traveled the country over to fill his show barn with the best of them, befriended, understood, and loved them.

These pages tell the tale of a unique and vigorous American whose every word reveals his love of this land and its animals. If you weren't lucky enough to live like Lee Daniels, reading about his life is the next best thing. 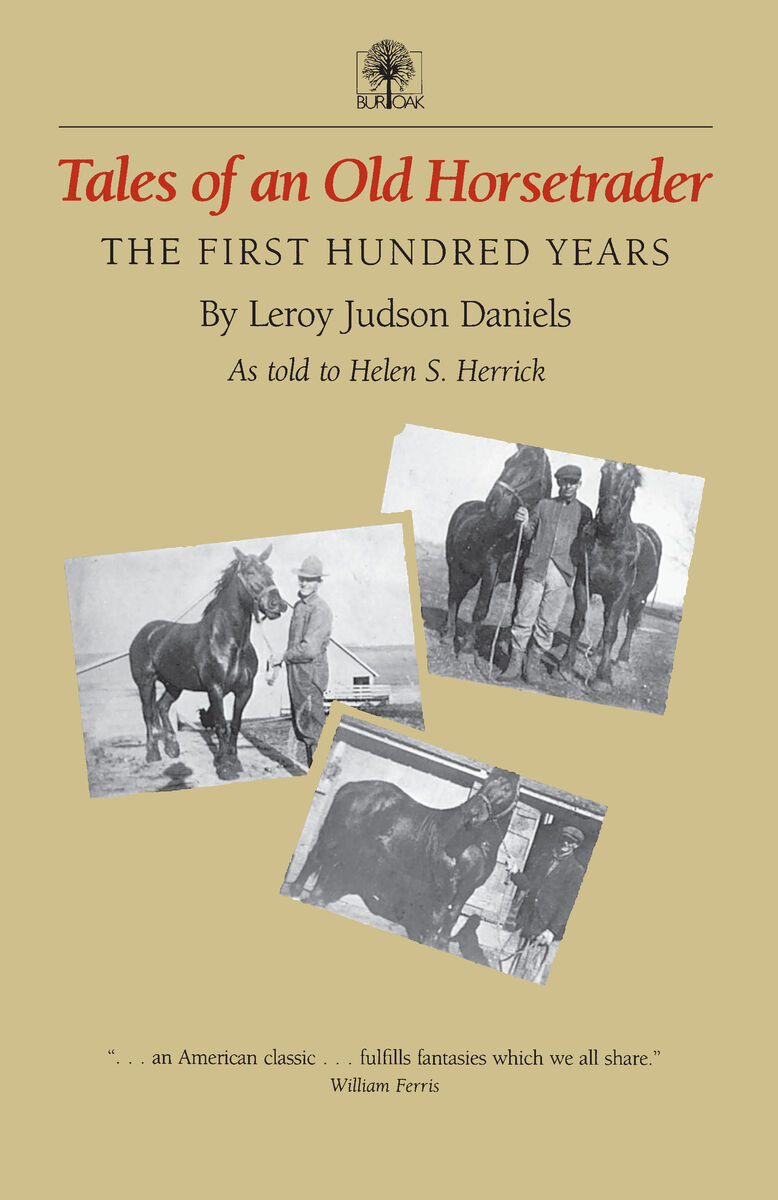