The Life and Writings of Julio C. Tello

The father of Peruvian archaeology, Julio Tello was the most distinguished Native American scholar ever to focus on archaeology. A Quechua speaker born in a small highland village in 1880, Tello did the impossible: he received a medical degree and convinced the Peruvian government to send him to Harvard and European universities to master archaeology and anthropology. He then returned home to shape modern Peruvian archaeology and the institutions through which it was carried out.

Tello’s vision remains unique, and his work has taken on additional interest as contemporary scholars have turned their attention to the relationship among nationalism, ethnicity, and archaeology. Unfortunately, many of his most important works were published in small journals or newspapers in Peru and have not been available even to those with a reading knowledge of Spanish. This volume thus makes available for the first time a broad sampling of Tello’s writings as well as complementary essays that relate these writings to his life and contributions.

Essays about Tello set the stage for the subsequent translations. Editor Richard Burger assesses his intellectual legacy, Richard Daggett outlines his remarkable life and career, and John Murra places him in both national and international contexts. Tello’s writings focus on such major discoveries as the Paracas mummies, the trepanation of skulls from Huarochirí, Andean iconography and cosmology, the relation between archaeology and nationhood, archaeological policy and preservation, and the role of science and museums in archaeology. Finally, the bibliography gives the most complete and accurate listing of Tello’s work ever compiled.

“Few people outside Peru are familiar with Julio C. Tello, the father of Peruvian archaeology. In this exciting new book, leading scholars relate the rags-to-riches story of this native Quechua Indian from his humble beginnings through his discovery and excavation of several previously unknown early cultural sites, his pioneering theoretical ideas stressing the autonomous rise of civilization in Peru, and his founding of a national museum of archaeology, culminating in the almost legendary position he held at the time of his death in 1947. Most of Tello’s research was published in obscure journals and newspapers in Peru. Here, for the first time in English, is a cross section of his most important contributions.”—Donald A. Proulx, Professor of Anthropology Emeritus, University of Massachusetts, Amherst

“Self-billed as a mountain Indian, Julio C. Tello was arguably the greatest Native American social scientist of the twentieth century. Because he overcame obscure origins, secured an unprecedented education, and rose to national and international prominence, his life is an inspiring story with broad appeal. Tello’s embrace of anthropology and archaeology provides an enlightening contrast to current conditions in much of the New World, and thus his views have considerable contemporary resonance.”—Michael Moseley, University of Florida

“This volume makes an important contribution to the intellectual history of Andean archaeology by contextualizing Julio C. Tello within the dramatic events of Peru in the first half of the twentieth century, placing him in the international milieu of his times, and assessing his legacy. Because Tello published his works in what are now extremely obscure and difficult to acquire sources, Richard Burger has performed an extremely valuable service to the field by making these key articles readily accessible. This volume, with its comprehensive bibliography of Tello’s writings, is a must-read for all specialists.”—Helaine Silverman, University of Illinois at Urbana-Champaign 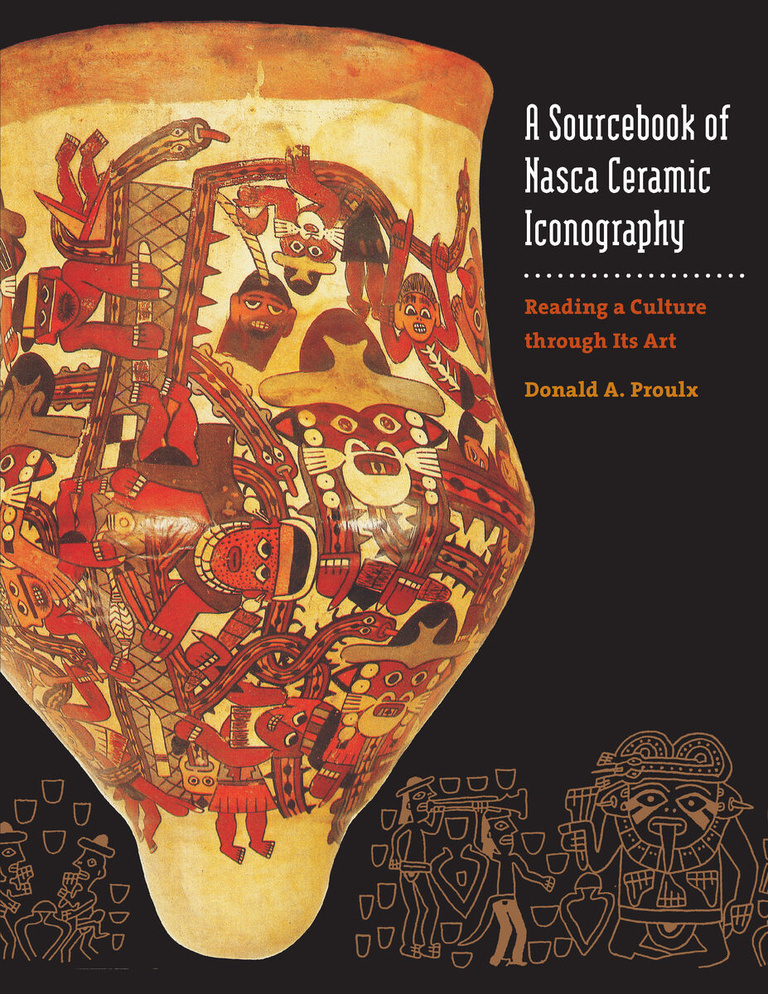 A Sourcebook of Nasca Ceramic Iconography

Distant Provinces in the Inka Empire