Grasses in Your Pocket

At the time of European settlement, tallgrass prairie was the iconic landscape in much of the Upper Midwest. Although its extent has been drastically reduced, intact prairie remnants exist, prairie species persist along roadsides, and interest in prairie reconstruction has increased. The basic prairie matrix is formed by grasses, yet their diversity and beauty are often underappreciated because their flowering structures are highly reduced to aid in wind pollination. This much-needed addition to Iowa’s popular series of laminated guides—the twenty-sixth in the series—illustrates fifty-five grass species characteristic of or commonly found on prairies of the Upper Midwest states of Illinois, Iowa, Indiana, Michigan, Minnesota, Ohio, and Wisconsin.

The authors have organized species into groups by their most easily noted field characteristics. Are the flowering heads branched or unbranched? Are the branches dense, narrow, or fingerlike? For each species, its native or exotic status is followed by the months of flowering, abundance, general habitat, height, diagnostic features, geographic range, and, if relevant, threatened or endangered status.

Even amateur naturalists can identify big and little bluestem and prairie dropseed in the field, but both professional and amateur naturalists find certain grasses harder to identify, especially the less common or rare species such as cluster fescue and sand reedgrass. The photographs and descriptions in Grasses in Your Pocket will be an invaluable reference for outdoor expeditions in midwestern grasslands. 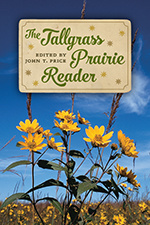 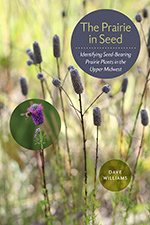 The Prairie in Seed

Salamanders in Your Pocket