Between Urban and Wild

In her calm, carefully reasoned perspective on place, Andrea Jones focuses on the familiar details of country life balanced by the larger responsibilities that come with living outside an urban boundary. Neither an environmental manifesto nor a prodevelopment defense, Between Urban and Wild operates partly on a practical level, partly on a naturalist’s level. Jones reflects on life in two homes in the Colorado Rockies, first in Fourmile Canyon in the foothills west of Boulder, then near Cap Rock Ridge in central Colorado. Whether negotiating territory with a mountain lion, balancing her observations of the predatory nature of pygmy owls against her desire to protect a nest of nuthatches, working to reduce her property’s vulnerability to wildfire while staying alert to its inherent risks during fire season, or decoding the distinct personalities of her horses, she advances the tradition of nature writing by acknowledging the effects of sprawl on a beloved landscape.

Although not intended as a manual for landowners, Between Urban and Wild nonetheless offers useful and engaging perspectives on the realities of settling and living in a partially wild environment. Throughout her ongoing journey of being home, Jones’s close observations of the land and its native inhabitants are paired with the suggestion that even small landholders can act to protect the health of their properties. Her brief meditations capture and honor the subtleties of the natural world while illuminating the importance of working to safeguard it.

Probing the contradictions of a lifestyle that burdens the health of the land that she loves, Jones’s writing is permeated by her gentle, earnest conviction that living at the urban-wild interface requires us to set aside self-interest, consider compromise, and adjust our expectations and habits—to accommodate our surroundings rather than force them to accommodate us.

“Westerners have arrived at a Y in Nature’s rocky road—a forked path littered with ethical questions. In Between Urban and Wild, Andrea Jones offers humble and probing answers to the question of whether it’s too late for Westerners to find an integral way of being with the land, and not just on the land. Her book offers hope.”—Page Lambert, author, In Search of Kinship: Modern Pioneering on the Western Landscape

“In Between Urban and Wild, Andrea Jones explores the dangers and contradictions of establishing her home between urban and wild lands. Wasting no energy on blame, anger, or excuses, she examines ways to live more responsibly, demonstrating how we must thoughtfully adjust to our surroundings rather than changing the landscape to fit our whims.”—Linda M. Hasselstrom, author, No Place Like Home: Notes from a Western Life

“Andrea Jones’s Between Urban and Wild is a touching account of her intimate connection with the natural world of central Colorado, a land that is, like her book, simultaneously severe and beautiful. Through a combination of flashbacks and present-day musings, she invites the reader to appreciate the joys, challenges, and sublimity of this landscape. She offers up a deeply personal, deeply affecting narrative of a life inseparable from the land.”—Matthew Wynn Sivils 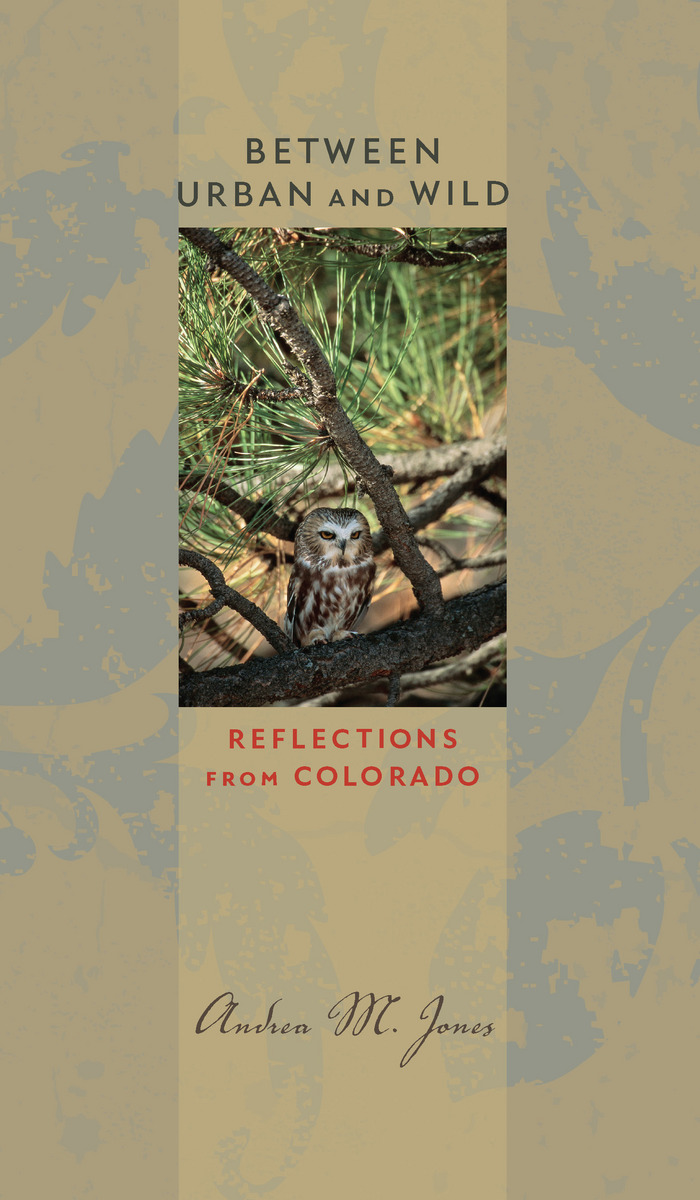