Beginning with a deceptively simple question—What do we mean when we designate behaviors, values, or forms of expression as “black”?—Evie Shockley’s Renegade Poetics separates what we think we know about black aesthetics from the more complex and nuanced possibilities the concept has long encompassed. The study reminds us, first, that even among the radicalized young poets and theorists who associated themselves with the Black Arts Movement that began in the mid-1960s, the contours of black aesthetics were deeply contested and, second, that debates about the relationship between aesthetics and politics for African American artists continue into the twenty-first century.

Shockley argues that a rigid notion of black aesthetics commonly circulates that is little more than a caricature of the concept. She sees the Black Aesthetic as influencing not only African American poets and their poetic production, but also, through its shaping of criteria and values, the reception of their work. Taking as its starting point the young BAM artists’ and activists’ insistence upon the interconnectedness of culture and politics, this study delineates how African American poets—in particular, Gwendolyn Brooks, Sonia Sanchez, Harryette Mullen, Anne Spencer, Ed Roberson, and Will Alexander—generate formally innovative responses to their various historical and cultural contexts.

Out of her readings, Shockley eloquently builds a case for redefining black aesthetics descriptively, to account for nearly a century of efforts by African American poets and critics to name and tackle issues of racial identity and self-determination. In the process, she resituates innovative poetry that has been dismissed, marginalized, or misread because its experiments were not “recognizably black”—or, in relation to the avant-garde tradition, because they were.

"Renegade Poetics is an example of scholarship that spills into the beauties of aesthetic practie without losing or evading intellectual rigor. . . . It isn't just that she provides close, detailed readings of her chosen works: Shockley really has a talent—a gift—for guiding readers through careful but open encounters with a poet's formal choices. This encounter delves into a full picture of the work's singularities but also expands outward to the collective endeavors, concerns, and histories that Shockley gracefully gathers under the term "black aesthetics."—Contemporary Literature

“Renegade Poetics would be a valuable work even if it only added substantially to the now, finally, bourgeoning discourse reconsidering the Black Arts Movement of the late 1960s and early 1970s. Evie Shockley, however, does far more than that. She considerably broadens our considerations of black aesthetics and brings the discussion forward through the subsequent stages of criticism to a meditation upon what black aesthetics and poetics can mean for us in the twenty-first century. This is one of the best first books of criticism I've ever read, a book easily the equal of work done by much more experienced and celebrated scholars.”—Aldon Nielsen, author, Integral Music: Languages of African American Innovation

"Evie Shockley answers the So what? question fundamental to the success of any scholarly project, while at the same time viewing her subjects through the author’s critically colored lenses and refracting the outworn and misguided paradigms for race, aesthetics, form, and politics in African American letters into new vistas of human, natural, and poetic expression. The genius of Renegade Poetics lies in its seamless and productive paradox of runaway and return—one might say its foundational fugitivity. Shockley takes creative and critical risks by departing from conventions of African American literary theory (the vernacular, the blues as the embodiment of conventional and accessible forms) while remaining solidly based within traditions of not just African American verse, but also American and transnational letters (the tools of prosody; the techniques of close reading). No other critical study of African American poetry and poetics, black aesthetics and the Black Arts/Black Power era, or the New Negro Renaissance movement has combined such rigorous analysis of formal innovation and prosodic experimentation with a historical, cultural, and ecological emphasis that includes such a welcome balance of canonical and marginalized writers, male and female authors, race and gender studies."—Meta DuEwa Jones, author, The Muse Is Music: Jazz Poetry from the Harlem Renaissance to Spoken Word 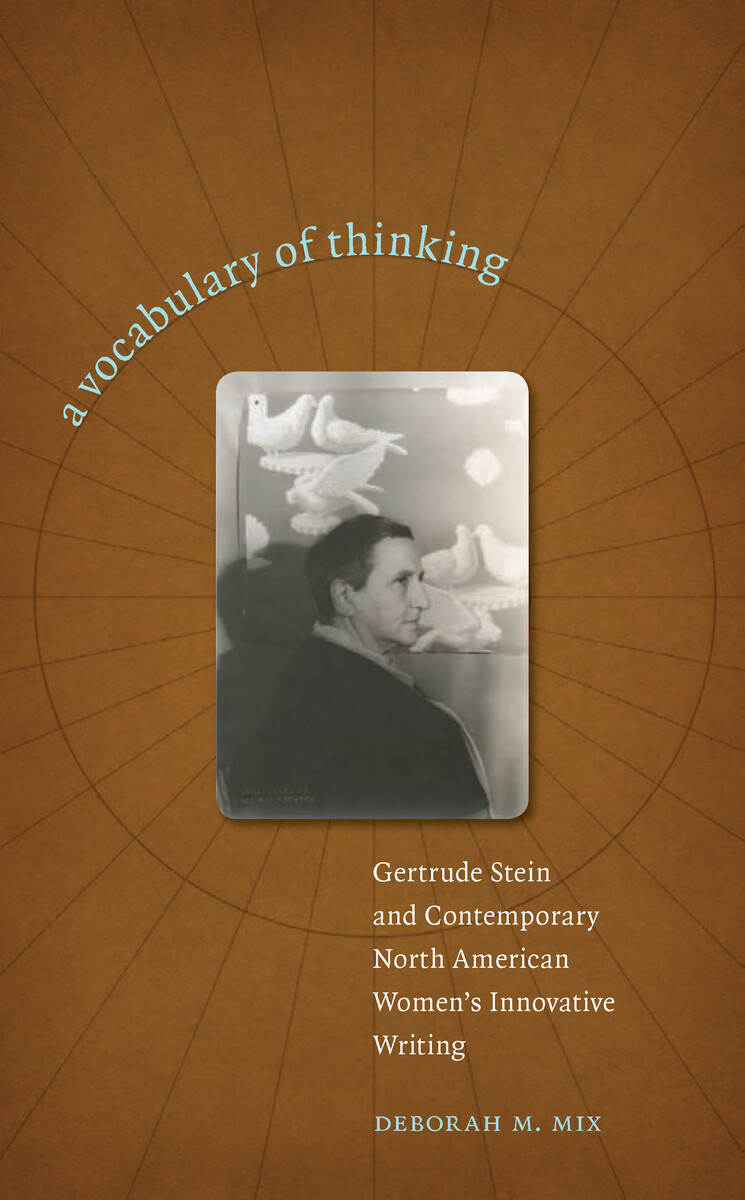 A Vocabulary of Thinking