What can Evelyn Birkby possibly do to follow up the success of Neighboring on the Air: Cooking with the KMA Radio Homemakers? She can do what she has done in writing Up a Country Lane Cookbook. For forty-three years she has written a column entitled "Up a Country Lane" for the Shenandoah Evening Sentinel. Now she has chosen the best recipes from her column and interspersed them with a wealth of stories of rural life in the 1940s and 1950s, supplemented by a generous offering of vintage photographs. She has created a book that encompasses lost time.

With chapters on "The Garden," "Grocery Stores and Lockers," "Planting," and "Saturday Night in Town," to name a few, Up a Country Lane Cookbook recalls the noble simplicity of a life that has all but vanished. This is not to say that farm life in the forties and fifties was idyllic. As Birkby writes, "Underneath the pastoral exterior were threats of storms, droughts, ruined crops, low prices, sickness, and accidents."

Following the Second World War, many soldiers returned to mid-America and a life of farming. From her vantage point as a farm wife living in Mill Creek Valley in southwestern Iowa, Birkby observed the changes that accompanied improved roads, telephone service, and the easy availability of electricity. Her observations have been carefully recorded in her newspaper column, read by thousands of rural Iowans.

Up a Country Lane Cookbook is, then, much more than a cookbook. It is an evocation of a time in all its wonder and complexity which should be read by everyone from Evelyn Birkby's nearest neighbor in Mill Creek Valley to the city slicker seeking an education. Cook a meal of Plum-Glazed Baked Chicken, Elegant Peas, Creamed Cabbage, and Seven-Grain Bread, then finish it off with Frosted Ginger Creams with Fluffy Frosting. While the chicken is baking, read Evelyn's stories and think about the world the way it was.

“The column and the cookbook are paeans to the cooking of simple food, from scratch. The tried-and-true recipes are a record of a bygone time.”—Anne Scott, Cityview

“Deliciously un-pretentious, Up a Country Lane … is a slow saunter through sixty years of rural Iowan life."—Erin Anderson, Foreword

"We have eaten a lot of very fine meals traveling around the country the last twenty years, but there isn't one we remember more fondly than the last time Evelyn Birkby invited us for supper at her house in Iowa…Everything at that meal was connected to people Evelyn knew and to the Iowa she loves. It wasn't just food; it was stories, it was neighbors, it was a single supper that sang about a whole way of life. And that is what we adore about this cookbook Evelyn has written. It isn't only recipes. It is the biography of a community. It is fun and entertaining and useful; but perhaps more important than any of those good things, it is a true portrait of an era not so long ago and a place that doesn't seem so far away and the people who lived there and the times and rituals they shared…We are grateful Evelyn has shared her memories and her zeal and the wisdom of the place where she has lived."—Jane and Michael Stern from the foreword

Cook cranberries in water until they stop popping. Run through food mill or sieve to remove the skins. Add sugar and lemon juice and mix well. Line muffin tins with paper or foil baking cups, fill with mixture, and freeze. The frozen sherbet can be served by removing the paper and placing in sherbet glasses. You can double the recipe and store extras in a plastic bag in the freezer. Excellent for a dessert or a meat accompaniment or to clear the palate in the middle of a meal. Makes about 13 servings.

Beat eggs until light and lemon colored and thick. Add sugar and continue beating about 5 minutes. Fold in combined dry ingredients. Heat butter and milk together and add all at once and fold in quickly, no more than 1 minute. Add flavoring. Pour into a waxed paper-lined 8-by-8-inch square pan and bake at 350 degrees for 30 minutes. For cupcakes, bake in paper-lined cups for about 20 minutes. The cake will pull away from the side of the pan more than most cakes, but that is normal. This is excellent plain or frosted with a thin powdered sugar glaze. Makes 9 pieces.

Simmer pork chops in water about 10 minutes. Remove from pan and place in large casserole, reserve the broth. Melt butter in large skillet and saute onion and green peppers until tender. Add remaining ingredients with exception of cornstarch—including broth—and simmer for 15 minutes. Dissolve cornstarch in 2 tablespoons cold water, add, and continue cooking until mixture thickens. Remove sauce from fire and pour over the chops in the casserole. Cover and refrigerate several hours or overnight to blend flavors. Bake at 350 degrees for 20 to 25 minutes (or microwave for 10 to 12 minutes on medium high) until bubbly and heated through. Serve with hot cooked rice. This sauce and method are also excellent with chicken breasts. Freeze any leftover sauce to use later. Makes 4 generous servings. 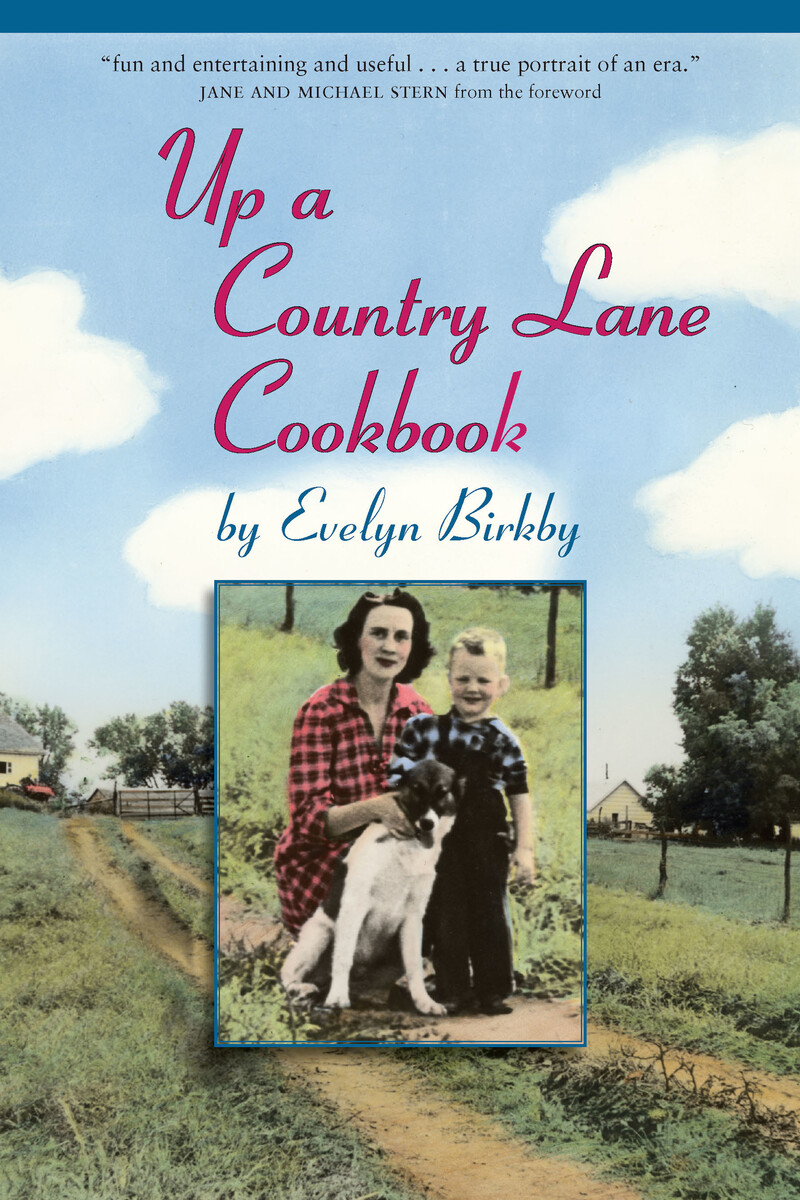 Neighboring on the Air