It takes more than an excellent candidate to win elections; it takes an outstanding campaign organization, too. Campaign Inc. is the story of how leadership and organization propelled Barack Obama to the White House. As the chief operating officer of Obama’s 2008 presidential campaign, Henry F. De Sio, Jr., was positioned to view this historic campaign as few others could. In this fascinating behind-the-scenes account, he whisks readers into Obama’s national election headquarters in Chicago to glimpse the decision-making processes and myriad details critical to running a successful and innovative presidential campaign. From the campaign’s early chaos to the jubilation and drama of winning the Iowa caucus, to the drawn-out Democratic nomination process, to Obama’s eventual election as president of the United States, De Sio guides readers through the challenges faced by the Obama for America campaign in its brief twenty-one-month lifespan.

De Sio shows readers that Obama himself was direct about his vision for the campaign when he instructed his staff to “run it like a business.” Thus, this is less the story of Barack Obama, candidate, and more the story of Barack Obama, CEO. Because campaigns are launched from scratch during every election cycle, they are the ultimate entrepreneurial experience. In the course of the election, the Obama campaign scaled up from a scrappy start-up to a nearly $1 billion operation, becoming a hothouse environment on which the glare of the media spotlight was permanently trained.

Campaign Inc. allows readers to peek behind the curtain at the underdog organization that brought down the Clinton campaign and later went on to defeat the Republican machine, while offering lessons in leadership and organization to innovators, executives, and entrepreneurs.

“Not just a fascinating read (which it is) but chock full of leadership lessons that entrepreneurs, innovators, and executives across sectors will want.”—Jerry Greenfield, co-founder, Ben & Jerry’s Ice Cream

“In Campaign Inc., Henry De Sio tells the real story about politics and power. Both in 2008 and again in 2012, a finely tuned organization turned the tide of history and shocked experts with a remarkable grasp of how to define, identify, and turn out the vote. No campaign has ever been better run, and the result was the United States’ first African American president. While books by other political insiders focus on personality and politics, Campaign Inc. details the science of political victory. Henry De Sio's book is a must-read for those who care about winning the right way.”—Nick Lowery, Kansas City Chiefs Hall of Fame kicker, former White House Staffer to 3 presidents, and speaker

“If you’re looking for a book that conveys what it’s like to lead by continual experimentation and ongoing innovation in the midst of chaos, this is a must read. Henry De Sio has written a timely book that will benefit leaders in all sectors.”—Frank J. Barrett, author, Yes to the Mess: Surprising Leadership Lessons from Jazz 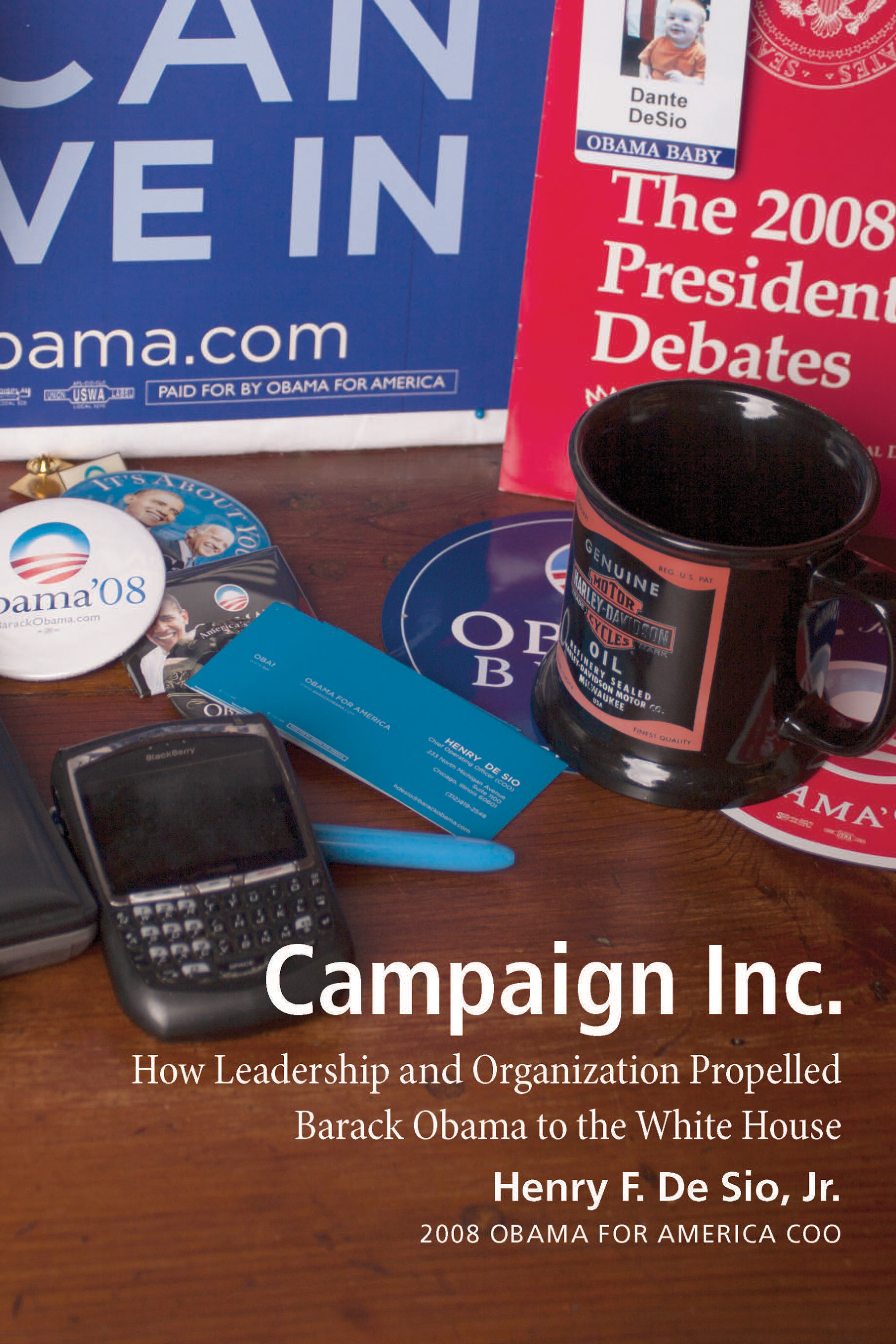 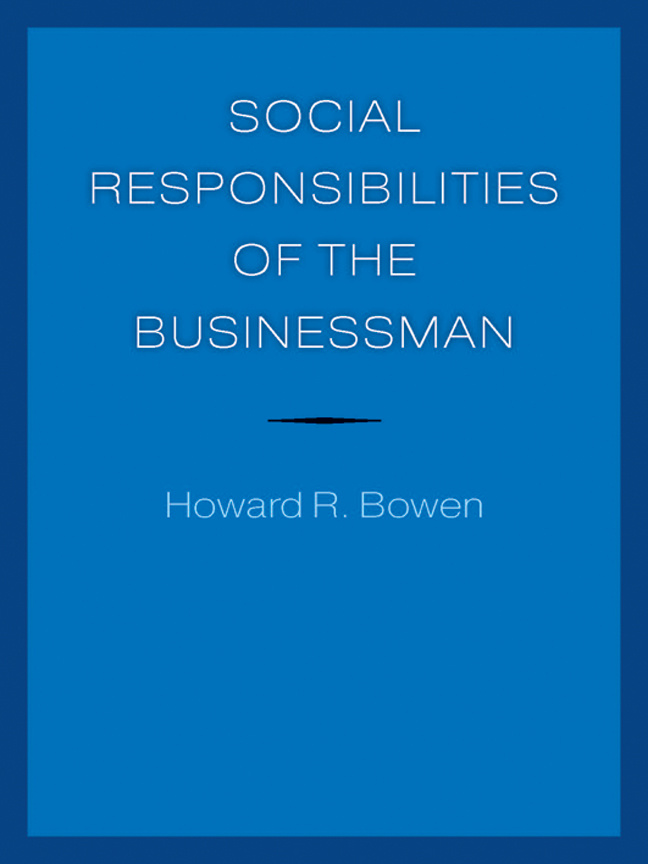 Social Responsibilities of the Businessman