Mushrooms and Other Fungi of the Midcontinental United States

This completely revised second edition provides all the information necessary to identify mushrooms in the ﬁeld in the midcontinental region of Iowa, Illinois, Nebraska, Missouri, Minnesota, South Dakota, and Wisconsin: the tallgrass prairies and the western parts of the eastern deciduous forests.

The first edition has been improved in significant ways. The authors have updated scientific names, added photos where there were none and replaced poor photos with better ones, improved the keys, added some species and deleted others, added a section on truffles, and annotated the bibliography. There were originally 224 species; now there are 248. Some of the new photos-125 in all-serve as a second photo for a species, where it is helpful to show details that cannot be viewed in a single photo.

The authors describe each species' cap, gills, stalk, annulus, and season when it is most likely to be seen as well as such characteristics as edibility and toxicity. In their detailed and lively introduction they discuss the economic and environmental aspects of fungi, basic mushroom biology, nomenclature, edibility and toxicity, and habitats and time of fruiting. Most important are the keys, which lead the dedicated reader to the major groups of fungi included in this guide. The section on mushrooms includes keys to their genera in addition to the species within each family discussed, and each of the subsequent sections has a key to the genera and species except where so few species are discussed that a key is not necessary. The volume also includes a glossary and two bibliographies, one with general and one with technical references.

Through their detailed technical descriptions and captivating color photos the authors convey their passionate fondness for these diverse and colorful organisms, whose mysterious appearances and disappearances have long made them objects of fascination.

"Midwesterners should rejoice at the reissue of Mushrooms and Other Fungi of the Midcontinental United States. With expanded coverage of 24 additional species and many new photos, this guide will serve as a primary resource for mushroom hunters and general naturalists who want a fuller understanding of these fascinating organisms. It includes field keys to 248 species using nontechnical language and glossary-supported mycological terms, thus making the text throughout accessible to the novice as well as the experienced mycologist. This guide will prove useful well beyond the geographical parameters stated in the title but can best be appreciated by those within the region for which it is intended."—Bill Roody, author, Mushrooms of West Virginia and the Central Appalachians

"This definitive field guide for the midcontinental states reveals mushrooms of the oak-hickory, maple-basswood, riparian, and eastern white pine forests plus those of the fields (including cornfields!). It bridges the gap between eastern and western mycological landscapes, offers beginners a way to identify local edible and poisonous species, and provides more experienced fungophiles with a view of fungal communities transitioning from deciduous woods to prairies. An excellent section on truffles of the region caps this new edition."—Cathy L. Cripps, Montana State University, author, Fungi in Forest Ecosystems 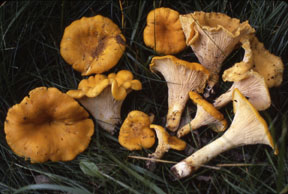 Mushrooms in Your Pocket

Butterflies in Your Pocket